Get ready for a no-nuke society

Editorial: Summer electricity savings a step toward a society without nuclear power 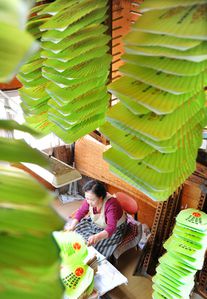 A manufacturer work on fans called "Marugame Uchiwa" in Marugame, Kagawa Prefecture, on May 10. Traditional Japanese paper fans are gaining attention as the country strives to save energy ahead of the summer. (Mainichi)

The government has drawn up measures for summer electricity supply and demand on the assumption that none of Japan's 50 nuclear reactors will be reactivated, calling for energy-saving efforts across the country except in Okinawa Prefecture.

Electricity shortages this summer would restrict people's lives and economic activities. The government bears heavy responsibility for failing to quickly take effective measures while insisting on reactivating nuclear power plants. Electric companies, which have benefited from regional monopolies, should also reflect on their failure to fulfill their responsibility as power suppliers.

That said, energy conservation and power-saving are indispensable if Japan is to break away from nuclear power generation. Both the public and private sectors should ride out the summer with their eyes on a society free of nuclear power.

The government has set energy-saving targets for the service areas of seven utilities, excluding Tokyo and the Tohoku region, where utilities' surplus supply capacity is relatively high. It is considering rolling blackouts in the Kansai, Kyushu, Hokkaido and Shikoku regions to ease possible power shortages.

Fourteen months have passed since the outbreak of the nuclear disaster at the Fukushima No. 1 Nuclear Power Plant. It was earlier predicted that all nuclear power plants in the country would be suspended, triggering a power crunch.

However, the government failed to produce figures on electricity supply and demand until recently, pressuring people's lives as a result.

Utilities have also failed to promote energy conservation. Instead, they insist on reactivating nuclear power plants, and have continued to promote all-electric homes even in the aftermath of the nuclear disaster.

While this summer's power shortfall can be described as the price of negligence by the government and utilities, it can also be taken positively as the starting point for efforts toward ridding Japan of nuclear power.

Considering that the rolling blackouts in the service area of Tokyo Electric Power Co. last summer brought chaos to households and businesses, efforts should be made to avoid any power outages this summer.

The possibility of blackouts rises as electricity usage peaks. The government has called on utilities to introduce rates promoting energy-saving during peak hours, as well as "negawatt trading," in which utilities pay for the amount of energy saved.

Curbing peak demand is also expected to restrain excessive investment in power generation facilities and reduce power costs. To that effect, smart meters are indispensable for users to constantly measure power usage and fees, and we urge utilities to promote their use.

The government's latest plans envisage a trading market for small-scale power retailing and more power swapping among utilities. If surplus power is effectively interchanged between utilities, it will not only help overcome electricity shortages, but will also reduce waste at power generation facilities. Furthermore, such efforts could also overthrow the regional monopolies that major utilities have long held.

To depart from dependence on nuclear power generation, measures to curb peak demand and reduce power generation costs are crucial. The government and utilities must speed up their efforts without engaging in blame games. 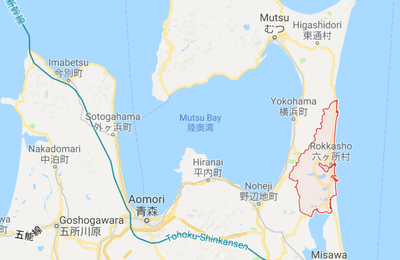