Tohoku flower growers putting the petals to the Olympic medals

Flower growers in northeastern Japan are reviving an Olympic tradition to symbolize the resilience and perseverance of not only the medal-winning athletes but also the disaster-stricken Tohoku region.

The Tokyo Organizing Committee of the Olympic and Paralympic Games has decided to award all medalists a “victory bouquet” as an extra prize at the event next year.

The committee plans to feature flowers from the region devastated by the 2011 Great East Japan Earthquake, tsunami and nuclear disaster, and it expects the Olympics to play a part in rebuilding from the triple disaster.

Gentian and eustoma from Miyagi and Fukushima prefectures are currently in the running to be featured in the bouquet.

“It is encouraging and heartening for growers that our flowers will be featured in the Tokyo Games,” said Hiroshi Kawamura, a 63-year-old flower grower in Namie, Fukushima Prefecture.

The entire town of Namie was evacuated in the aftermath of the triple meltdown at the Fukushima No. 1 nuclear power plant. Most areas of the town remain off-limits.

“I hope (the Tokyo Olympics) will become a springboard for revitalizing the flower-growing industry in the disaster-stricken region,” Kawamura said.

Presenting a flower bouquet to winners at an Olympic medal ceremony was a tradition up until the 2014 Winter Games in Sochi, Russia.

But the organizers of the 2016 Rio de Janeiro Olympics and the 2018 Pyeongchang Winter Olympics dropped that tradition because flowers quickly spoil and athletes cannot bring them home due to quarantine issues.

Instead, medalists at those events received a figurine featuring the Olympics logo or a stuffed toy of the official mascot.

In 2015, two years after Tokyo won the bid to host the 2020 Games, people in the flower industry in Japan started urging organizers to bring back the bouquet tradition.

They have developed new breeds suitable for growing in extreme heat, the expected weather in Tokyo between July 24 and Aug. 9, when the Olympics will be held. They have also conducted demonstration experiments of preservation methods that make flowers last longer.

The Tokyo organizers initially considered a ceramic or lacquer work as an extra prize for the medalists.

But they are now pushing the idea of adding a flower bouquet to an Olympic memento, which athletes can take home.

The International Olympic Committee (IOC) has approved of the bouquet idea.

The Tokyo organizers said they will discuss the specifics with the IOC, such as shapes of the bouquet and which prefectures the flowers will come from.

“With flowers, I hope to express our gratitude for the people overseas who have provided aid for the Tohoku recovery,” said Nobuo Isomura, the 68-year-old chairman of a national promotion association of flower growers, which also promotes support of agriculture of the Tohoku region. 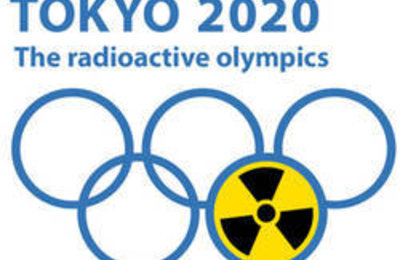 Gundersen on the 2020 Olympics