Did bombing Hiroshima and Nagasaki save lives?

Did bombing Hiroshima and Nagasaki save lives?

Posted on August 13, 2018 by beyondnuclearinternational

Zachary Keck makes an able case that the atomic bombings of Hiroshima and Nagasaki saved lives. He argues two main points: that Japan would not have surrendered immediately without the shock of the bomb (the Soviet declaration of war was not enough), and secondly that the limited use of nuclear weapons during World War II created a taboo that prevented a larger use during the Cold War. Both of these arguments are plausible but, I think, wrong. This is not just a question of 70 year-old history. This goes to the heart of the debate about the utility of nuclear weapons and the rationale for keeping them. These are arguments, in other words, that matter.

First, a preliminary point that is not essential, but is still worth mentioning. It is certainly true that many more people would have died had the Allies launched a full-scale invasion of Japan. Japan’s soldiers often fought fanatically. After all, out of 31,000 Japanese soldiers stationed on Saipan, only 921 were taken prisoner after the fighting there. But there is an important distinction that gets overlooked when you compare people killed at Hiroshima and Nagasaki with people killed in an invasion of Japan. The casualties in an invasion of Japan would have been largely soldiers, the people killed at Hiroshima and Nagasaki were almost all civilians.

The distinction between those who fight for their country, and those who do not fight is one of the most important in war. Killing civilians isn’t morally equivalent to killing soldiers and comparisons like Keck’s have to be thrown out on moral grounds even before other things are considered. Of course, I have seen attempts to make the same point by arguing that killing 200,000 civilians at Hiroshima and Nagasaki prevented the deaths of many more civilians who were dying as a result of harsh Japanese rule in the occupied territories in China, Burma, Philippines, and the rest. In other words comparing civilian lives taken for civilian lives saved. This is a more morally plausible argument. But it also depends, as Keck’s argument depends, on the assumption that bombing Hiroshima mattered.

I am largely uninterested in whether people think the United States was morally wrong to bomb Hiroshima and Nagasaki. I do not subscribe to the arguments of “revisionist” historians who argue that the Japanese were going to surrender anyway. I am interested in whether nuclear weapons work. Not whether they explode with great force, but the more crucial question of whether they create shock in the minds of adversaries that forces them to surrender or causes them to be deterred. That is the central tenet of nuclear deterrence theory and therefore one of the most important questions of current military debate today, far more important than whether the United States did wrong or right 69 years ago. 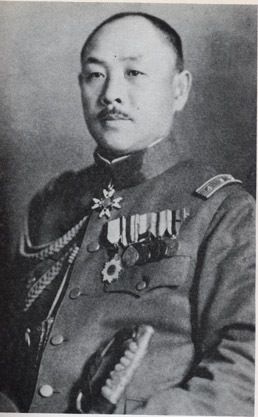 Minister of War, Korechika Anami, did not see the Hiroshima bombing as more menacing than the Tokyo fire bombings. (Photo: WikiCommons)

Bombing Hiroshima didn’t win the war because bombing Hiroshima didn’t matter to Japan’s military leaders. It was a horrifying act of enormous destruction. But they weren’t impressed. Deputy Chief of Staff of the Army Toroshiro Kawabe wrote in his diary two days after Hiroshima that when he learned it was a nuclear weapon it gave him a “serious jolt.” But, he continued, “we must be tenacious and fight on.” Minister of War Korechika Anami (and probably the most powerful man in the government – more powerful even than the emperor) said on August 12 that the atomic bombings were “no more menacing” than the fire bombings Japan had been experiencing all summer long. These sentiments may seem surprising to us, but they make sense in the context of the ferocious bombing campaign Japan had already undergone.

After Hiroshima was bombed, Japan’s soldiers dug in on the beaches waiting for the U.S. invasion. They were still ready to fight. There was one fewer city behind them, but they had been losing cities every other day, on average, throughout the entire summer. One city more or less didn’t make that much difference to them. And the “rain of ruin” that Truman threatened in his announcement that it was a nuclear weapon that destroyed Hiroshima was an empty threat. There was hardly anything left to bomb. After Nagasaki had been bombed (and with Kyoto removed from the list by Stimson and three of the other cities being out of range on Hokkaido) only five major cities remained un-bombed. The destruction of the air campaign had been so thorough, there was little left to destroy.

There is considerably more evidence that could be cited. Senior officers in the Army considered launching a coup and capturing the Emperor after the Soviet declaration of war. No such drastic measures were discussed after Hiroshima was bombed. Examined closely, the contemporary factual record shows little evidence that any of Japan’s leaders were “shocked” or considered the bombing of Hiroshima decisive. After the war, most officers and former government officials followed the emperor’s lead in blaming defeat on the Bomb. It was, after all, the perfect explanation for losing the war. Who could blame Japan’s military for losing to a “miracle” weapon? But at the time they don’t seem to have been impressed. 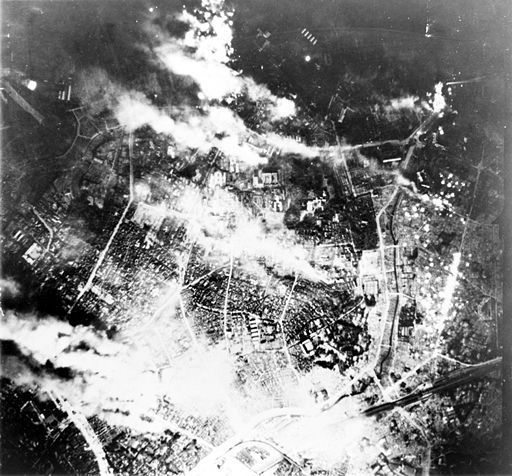 More people died during the firebombing of Tokyo (pictured) that due to atomic bombing of Hiroshima. (Photo: WikiCommons)

Read the diary entry of Admiral Sokichi Takagi talking to Admiral Mitsumasa Yonai on August 8 – keeping in mind that the next day would be filled with emergency meetings that would result in a decision to surrender – and try to convince yourself that these are men on the brink of surrender. They are not overwhelmed with emotion. They don’t seem shocked. They don’t say, “The end is almost near.” “Now there is no way to go on.” “I am filled with regret for the many mistakes we made.” No. They’re joking about Premier Kantaro Suzuki’s lack of influence. They’re wondering when they’ll hear from Stalin (Japan wants him to mediate an end to the conflict). They’re assessing who stands where in the government and who needs to get some “straight talk” from whom. Try to convince yourself that these are leaders who have been shocked so badly that they will surrender the next day. You can’t. It is only after midnight, after the Soviet Union declares war, that they begin to act like men in crisis.

The bombing of Hiroshima just didn’t create the kind of strategic impact that coerces experienced military men during wartime. By comparison, the declaration of war by the Soviet Union had enormous strategic importance. Adding another great power to a war will tend to do that. Bombing Hiroshima and Nagasaki had little impact on the decision making of Japan’s leaders. It couldn’t, therefore, have “saved lives.”

Limited Use in WWII Prevented Larger Use Later

Finally, there is the argument that the horror of Hiroshima and Nagasaki created a taboo that prevented nuclear war during the Cold War.

If killing 200,000 civilians kept World War III from happening, well, maybe that’s a worthwhile trade off. But we’re not yet in a position to judge such a trade off. Because World War III is still possible. Nuclear weapons are not a quaint relic of a largely forgotten time of danger (the Cold War), they are a very present reality that we complacently ignore at our peril. And signs of increasing madness and disorder in the world make complacency seem all the more foolish. Radical Islamists capture large chunks of Syria and Iraq with lightning speed, Russia emerges as a potent threat to Ukrainian sovereignty, and innumerable crises flare up around the globe.

Keck’s piece praising all the lives that the bombings saved would make ironic reading for someone in the not too distant future (someone living in the Southern Hemisphere, presumably) if 300 million had just been killed in an all-out nuclear war. It is too soon to decide that we have definitively escaped this danger.

So it is important to think carefully and soberly about these events. How we see the end of World War II affects the way we see nuclear weapons, and nuclear weapons remain potentially the source of the swiftest, most complete devastation the human race faces.

Ward Wilson is a Senior Fellow at BASIC and the author of Five Myths About Nuclear Weapons, available from Houghton Mifflin Harcourt.

This article first appeared in The Diplomat on August 25, 2014 and is reproduced with permission.

What's to happen to the nuclear arms treaty?

New trend? No loans to makers of inhuman weapons