Japan's nuclear watchdog is demanding an explanation from the Tokyo Electric Power Company after it submitted inaccurate plans for the restart of one of its plants.

The regulator is in the final stages of screening 2 of TEPCO's reactors at a plant in northern Japan. They must meet government requirements introduced after the 2011 Fukushima nuclear disaster.

Regulators met with TEPCO officials on Tuesday, and discussed buildings at the plant that would be used as a headquarters in an emergency. The company had initially said one of them didn't pass a number of quake-resistance tests 3 years ago.

But it admitted it actually failed all 7 tests -- meaning the building may not be quakeproof. That information was not passed on to the section in charge of a report that was submitted to the regulator.

"We have to trust TEPCO, but its explanation is now doubtful. We want the company to take responsibility for the error and explain things to us," he said.

The regulator is demanding TEPCO provide more details about how the error occurred.

"This is very regrettable," said Kashiwazaki Mayor Masahiro Sakurai. "I conditionally support plans to restart the plant. But now I think stricter terms are needed." 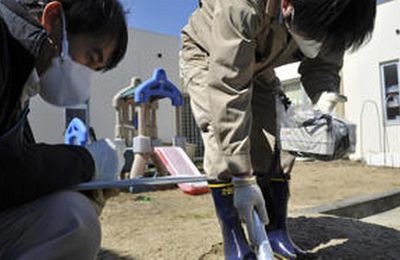