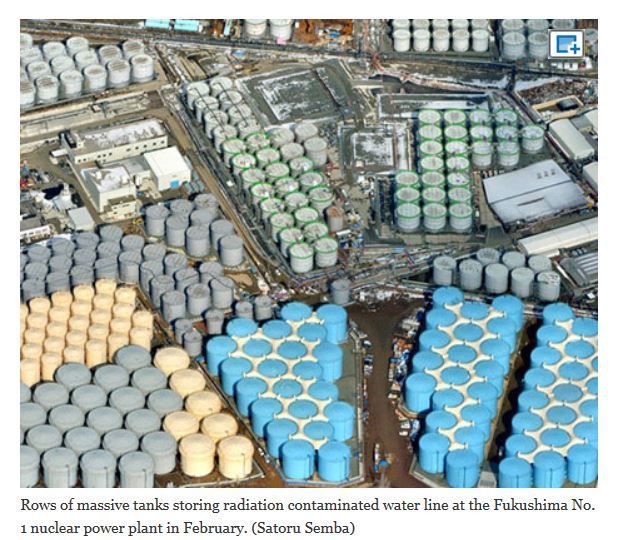 Five years after the Great East Japan Earthquake and tsunami on March 11, 2011, triggered the triple meltdown at the plant, Tokyo Electric Power Co. is still struggling to bring the contaminated water problem under control.

And the utility has yet to fully tackle the more difficult and time-consuming task of actually decommissioning the ruined nuclear plant.

Each day, TEPCO circulates 300 tons of water inside the No. 1 to No. 3 reactors to cool down the melted nuclear fuel within.

In addition, groundwater keeps flowing into the damaged reactor buildings and inevitably becomes highly contaminated by the radiation.

TEPCO reuses some of this contaminated water to cool down the damaged reactors.

The rest of the water is processed through the ALPS (advanced liquid processing system) multi-nuclide removal system and other equipment to remove highly radioactive substances. The water is then stored in tanks.

The advanced decontamination equipment has helped TEPCO to reduce the amount of highly contaminated water at the plant’s compound.

But 400 to 500 tons of less contaminated water still accumulates at the plant site on a daily basis.

To reduce the amount of groundwater flowing into the reactor buildings, TEPCO initiated its “subdrain plan” in September to pump groundwater from wells dug around the reactors’ premises and release the water into the ocean after the decontamination process.

On the seaside of the reactor buildings, the utility constructed underground walls to prevent contaminated groundwater from flowing into the sea.

Also around the reactor buildings, TEPCO installed coolant pipes to create an underground frozen soil wall, which is expected to divert the clean groundwater directly to the ocean.

But this is only a stop-gap measure at best.

The number of storage tanks, which are built at the site, has reached 1,000. Rows of tanks cover most of the parking lots, green spaces and vacant areas at the Fukushima plant site. Eventually, space will run out for storing the contaminated water.

The government will start full-fledged discussions on measures to reduce the amount of less contaminated water at the plant in fiscal 2016, which starts in April.

Five years after the onset of the nuclear disaster, TEPCO has taken the first step in its decommissioning road map.

The first major challenge in decommissioning the plant is removing spent fuel from storage pools in the upper parts of the reactor buildings.

TEPCO has already removed 1,535 fuel assemblies from the No. 4 reactor, which was offline for a periodic safety check when the tsunami slammed into the plant.

However, a large amount of debris and the high radiation levels have delayed the removal of spent fuel from the No. 1 to No. 3 reactor buildings.

Work is under way to remove debris from the upper part of the No. 3 reactor building. TEPCO plans to start removing the spent fuel in fiscal 2017.

According to TEPCO’s road map, the removal of spent fuel from the No. 1 and No. 2 reactor buildings will start in fiscal 2020. But the utility has not started taking debris out of the upper part of the buildings where the fuel storage pools are located.

The toughest task will be removing the melted fuel inside the No. 1 to 3 reactor containment vessels.

The locations and amount of melted fuel inside the reactors remain largely unknown. Extremely high radiation levels in the reactor containment vessels have prevented workers from analyzing the conditions. Even remote-controlled survey robots have failed to readily approach the core areas.

The preferred way to remove the melted fuel is the “water-covered method.” It involves pumping in water to fill the reactor containment vessels to the upper part and removing the fuel while the water keeps radiation exposure of the workers at low levels.

The two parties also need to develop special equipment to remove the melted fuel and keep it safely stored in containers.

They estimate the decommissioning process will take 30 to 40 years. But they have not specified the conditions that can finally bring an end to the nuclear disaster. 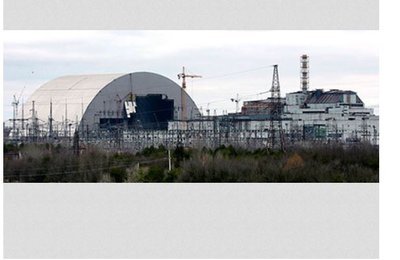 But who is going to do the work?
« Article précédent New report on cancers Article suivant » "Decontamination troops" without a name