By Nicole Jawerth, IAEA Office of Public Information and Communication

It has been five years since the accident at the Fukushima Daiichi Nuclear Power Plant. In marking the anniversary this week, IAEA Director General Yukiya Amano recognized the progress made in Japan and worldwide in nuclear safety since the accident, but underscored the importance of all countries remaining vigilant in putting safety first.

“The immense human impact of these events should not be forgotten,” said Director General Amano this week. “In the case of Fukushima Daiichi, tens of thousands of people who were evacuated from their homes have still not been able to return.”

“I am confident that the legacy of Fukushima Daiichi will be a sharper focus on nuclear safety everywhere. There is widespread recognition that everything humanly possible must be done to ensure that no such accident ever happens again. This is all the more essential as global use of nuclear power is likely to continue to grow in the coming decades.”

Watch this video to learn more about the accident and the IAEA’s activities: Fukushima — the Road to Recovery: Five Years of IAEA Action.

Responding to the crisis

On 11 March 2011, a massive earthquake and tsunami in Japan led to the worst accident at a nuclear power plant since the Chernobyl accident in 1986. The IAEA’s Incident and Emergency Centre was immediately activated in full response mode, bringing together a team of experts in nuclear safety, emergency response, and radiation protection. The Centre collected and analysed data and provided regular up-dates to IAEA Member States, international organizations, the media and the public. It also coordinated and provided international assistance to Japan.

Three months later, the IAEA hosted a Ministerial Conference on Nuclear Safety. This paved the way for the unanimous endorsement of the IAEA Action Plan on Nuclear Safety by IAEA Member States in September 2011, which has since fostered international collaboration toward strengthening global nuclear safety.

“Although nuclear safety remains the responsibility of each individual country, nuclear accidents can transcend national borders. The Fukushima Daiichi accident underlined the vital importance of effective international cooperation. The IAEA is where most of that cooperation takes place,” said Mr Amano.

Since the accident, there have been many analyses of its causes and consequences, as well as detailed considerations of its implications and measures taken for nuclear safety by IAEA Member States. These measures include carrying out ‘stress tests’ to reassess the design of nuclear power plants against site specific extreme natural hazards; installing additional backup sources of electrical power and supplies of water, and strengthening the protection of plants against extreme external events; and changes and reforms of organizational and regulatory systems.

The IAEA has supported the efforts in Japan by sending more than ten expert missions to advise the country in various areas, including safety and technological aspects of decommissioning and remediation. The IAEA has contributed to monitoring radioactivity in seawater by providing an independent assessment of Japan’s own measurements, and has been supporting several projects in the Fukushima Prefecture. The IAEA continues to assist Japan in communicating factual information to Member States and the public worldwide.

Recently, an IAEA team of international experts assessed the regulatory framework for nuclear and radiation safety including emergency preparedness in Japan, which was transformed and strengthened following the accident. The team made recommendations and suggestions for enhancing Japan’s regulatory framework and identified good practices. The mission found that the Japanese regulatory body had demonstrated independence and transparency, but there would be significant challenges in the years to come.

In August 2015, the IAEA published The Fukushima Daiichi Accident Report by the Director General, along with five technical volumes prepared by international experts, assessing the cause and consequences of the accident. The publication brings together lessons learned from the accident and provides a valuable resource to all countries that use, or plan to use nuclear power. It considers the accident itself, emergency preparedness and response, radiological consequences, post-accident recovery and the activities of the IAEA since the accident.

“Some of the factors that contributed to the Fukushima Daiichi accident were not unique to Japan,” said Director General Amano. “Continuous questioning and openness to learning from experience are key to safety culture and are essential for everyone involved in nuclear power. Safety must always come first.”

While much has already been achieved in Japan and elsewhere in strengthening nuclear safety, there can be no grounds for complacency about nuclear safety in any country, said Mr Amano. The IAEA will continue to support its Member States in their efforts to enhance nuclear safety.

“In the last few years, Japan and other users of nuclear power have taken important steps to address these and other nuclear safety issues. In fact, I have seen major improvements in safety in every nuclear power plant that I have visited since the accident,” said Mr Amano. “I believe the key message — that complacency about safety must be avoided at all costs — is fully understood.” 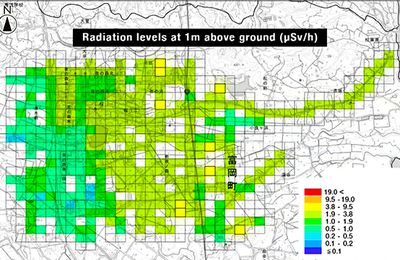 Japan and its plutonium 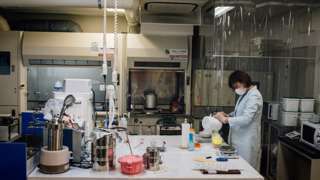