Akio Matsumura: Our lessons from Fukushima

Our Lessons from Fukushima: New Concerns for the Future

This week people across the world are commemorating the fifth anniversary of the worst nuclear power accident in history, which occurred at the Fukushima Daiichi Power Plant in Japan on March 11, 2011. 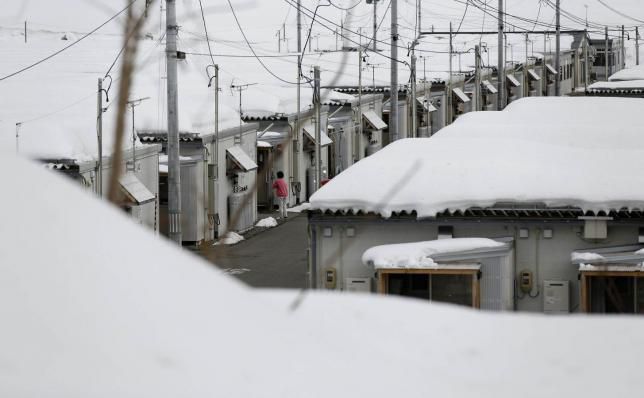 Many aspects of the crisis continue to affect human and environmental safety. There are still 178,000 evacuees in total (99,750 at Fukushima) who do not know when they can return home. 400 tons of contaminated water run into the sea every day. Frequent torrential rains wash away radioactive materials remaining at the site into the sea. 814,782 tons of contaminated water are stored at about 1,000 tanks, with more tanks built every month. The 7,000 workers at the site undertake dangerous tasks every day. The dedicated workers have solved many problems so far, but many continue to perplex managers and cleanup crews. No one approaches reactors 1, 2, and 3 due to strong radiation, and no scientific solution is expected for at least forty years. Unfortunately, future disruption cannot be discounted – the possibility of another strong earthquake in forty years is non-zero.

Since the Fukushima accident, we were fortunate to quickly receive opinions and recommendations across many fields. Nuclear scientists, medical doctors, military personnel, seismologists, biologists, oceanographers, volcanologists, journalists, spiritual leaders, parliamentarians, students and grass-root organizations, and public opinion leaders all weighed in. The horizontal perspective that emerged offered a different view than was possible from any single discipline, no matter how expert the practitioner. The Japanese benefited from these messages that cut through the confusion that pervaded the media at the time.

On the occasion of the 5th anniversary of the Fukushima nuclear accident, I would like to recall the early stages of the event, and share my own appraisal and recommendations from the lessons I have learned from this painful event.

In the first two weeks, experts and the public alike sought technical solutions. Panic grew when few were available. Did the cores meltdown? What was the appropriate distance to evacuate? How could we maintain the cooling systems for the reactors through multiple system failures? Are the ventilation systems working? Was this worse than Chernobyl? Can Self-Defense Force helicopters drop water on the spent-fuel pools of units 3 and 4?

It might be impossible to accurately describe the panic shooting through Japan’s leaders and the public at the time. Government agencies and the utility in charge, the Tokyo Electric Power Company, were unprepared for the catastrophic nuclear disaster. The public blamed both parties, and they blamed each other, for poor communication and delays.

The confusion and panic were not limited to Japan, but extended to the US government as well. There was a huge gap between the two governments’ assessments of the damages of the six reactors, in particular of the fourth reactor, which because of coincidental maintenance was in a unique position. Mixed messages on safety and damage caused more panic: Japan’s government decided 12.5 miles (20 km) was an appropriate evacuation zone while the US government settled on 50 miles (80km) for its citizens. The United Kingdom, France, Germany, and other countries told their citizens to consider leaving Tokyo, 125 miles away (200 km).

From the start, a few experts knew the crisis went beyond current technical solutions, but that any step forward would require more information. Early in the confusion, my good friend, the late Dr. Hans-Peter Durr, former Director of Astrophysics at the Max Planck Institute in Germany, called me to suggest I inform the Prime Minister of Japan that the Fukushima accident was much worse than Japan’s government had let on. Although Japan had not admitted the core meltdown then, Hans-Peter knew that Fukushima had brought us to the edge of our scientific knowledge. He recommended Japan invite an independent assessment team of top nuclear scientists and structural engineers to develop a solution. I passed his urgent message on to the Prime Minister office and party leaders.

What was the scope of the problem? A year after the crisis and we still had little quantitative sense. One way to begin to get a sense was to know the number of spent fuel assemblies on site. TEPCO did not share this information, so I asked Ambassador Mitsuhei Murata to check discretely with inside sources. He informed us that the total number of spent fuel assemblies at the Fukushima Daiichi site, excluding the assemblies in the pressure vessels, was 11,421. Then I asked Robert Alvarez, former Senior Policy Adviser to the Secretary and Deputy Assistant Secretary for National Security and the Environment at the U.S. Department of Energy, an explanation of the potential impact of the 11,421 assemblies.

On April 3, 2012, Bob interpreted this number for us. The results were astounding. The Cesium-137 at the site was 85 times greater than at the Chernobyl accident.

While it would not necessarily go “boom” like a nuclear bomb, this amount of radiation had enormous destructive potential. People were shocked to find this out. The article quickly gained over one million readers and was shared virally through the Internet. There is no doubt that without the warnings by international scientists about the potential global catastrophe of the fourth reactor, Japan’s government would not have made it a priority to remove the 1,535 fuel assemblies, which contained 14,000 times the radiation of the Hiroshima bomb.

Without experts from multiple fields, important information would have been remained with the government and nuclear utility, rather than with the public.

But even with this information, large aspects of the crisis and its cause are hidden if the focus remains technical. Mr. Kiyoshi Kurokawa, chairman of the National Diet of Japan Fukushima Accident Independent Investigation Commission, has a different, but definitive, perspective.

The earthquake and tsunami of March 11, 2011 were natural disasters of a magnitude that shocked the entire world. Although triggered by these cataclysmic events, the subsequent accident at the Fukushima Daiichi Nuclear Power Plant cannot be regarded as a natural disaster. It was a profoundly manmade disaster – that could and should have been foreseen and prevented. And its effects could have been mitigated by a more effective human response.

How could such an accident occur in Japan, a nation that takes such great pride in its global reputation for excellence in engineering and technology? This Commission believes theJapanese people – and the global community – deserve a full, honest and transparent answer to this question. What must be admitted – very painfully – is that this was a disaster “Made in Japan.”

Its fundamental causes are to be found in the ingrained conventions of Japanese culture: our reflexive obedience; our reluctance to question authority; our devotion to ‘sticking with the program’; our groupism; and our insularity.

For me, Fukushima taught that we live with new threats, and have been living with them for decades. I learned that a nuclear power plant accident can have an unimaginable impact over human life for centuries. The accident has caused untold harm to those whose lives were disrupted by the plant. If things had gone worse, what about the effect of 24,000 years of environmental harm on future generations?

It is one thing if the public had been aware of and accepted these risks when the plant was constructed. Unfortunately, this was not the case in Japan. Those in charge did not even accept these risks, not at the time of construction, nor at the time of the accident. Not even now.

TEPCO has admitted only last month, five years later, that it delayed two months in using the term “meltdown” at the site. Arnie Gundersen of Fairewinds and Mycle Schneider, author of the World Nuclear Industry Status Report, have indicated that it was obvious from the moment there were massive releases of fission gases that a meltdown was underway. But TEPCO’s denial had an impact on how they handled the panic. As Dr. Helen Caldicott suggested, it was obvious that Japan’s government should have evacuated women and children sooner and much farther away. Helen wrote for our blog: The Nuclear Sacrifice of Our Children : 14 recommendations to help radiation contaminated Japan. TEPCO and government authorities refused to hear the wake-up call, brushing off the warnings of many experts. 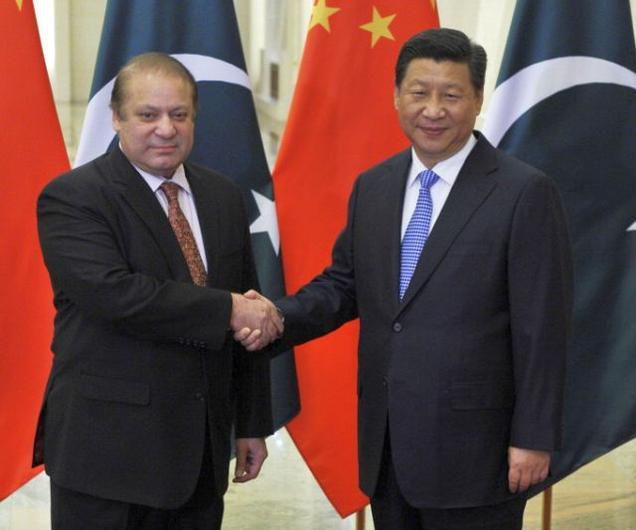 The odds are high and increasing that a terrorist group will target one or more of the many nuclear power plants around the world. These as well as many other such plants remain insecure from various threats – and intelligence of some threats remains hard to share between governments. The United States could not warn Japan, a close ally, of some specific threats if they wanted to! Other nuclear threats, like a small suitcase-sized nuclear device exploding in Times Square, continue to give experts and presidents nightmares. Given the probability of these risks in the year ahead, regardless of whether we live in a democratic or authoritarian society it is surprising that the public has no information on the matter. As we saw in Fukushima, so much pain is caused by the sudden realization that we have been asked to live with risks that were hidden from us until it was too late.

Experts will and should do much of the work in defining, examining, and making recommendations for solutions on these risks. This responsibility increases as more nuclear power plants are built and planned – especially in China, India, the United Arab Emirates, Vietnam, and Indonesia. But an open conversation with the public brings many benefits for preventing attacks and accidents and reacting appropriately once they have occurred. Social media presents itself as a potential bridge between society and experts from many fields when a nuclear accident or attack occurs. Indeed, this could be a powerful tool to complement efforts of other organizations working hard to prevent nuclear disasters. Loss of control of information is difficult for any authority, but Fukushima and other scenarios like Ebola have shown the limits of top-down communication channels.

Politicians face many competing challenges and interests in their jobs as they lead society forward. Nuclear energy looks like a good fit for the challenges of climate change, for example. But no assessment can be considered correct or honest if the risks of any solution are not presented openly to all interested parties, including the public. Fukushima has offered us an opportunity to have a wide-ranging debate on the challenges we face at the intersection of many human needs – carbon-free energy, safety, environmental health, human security, and preservation for future generations. These are issues that will define our human society for centuries to come – we should not miss the chance to discuss them with all the facts on the table.

A parting note: Sir Brian Flowers, a prominent British nuclear physicist, pointed out that if nuclear power plants had been built and deployed in Europe before WWII, then large parts of Europe would be uninhabitable today because of conventional warfare and conventional sabotage directed against those nuclear plants.

Just another form of blackmail

Forget profitability when it comes to decommissioning