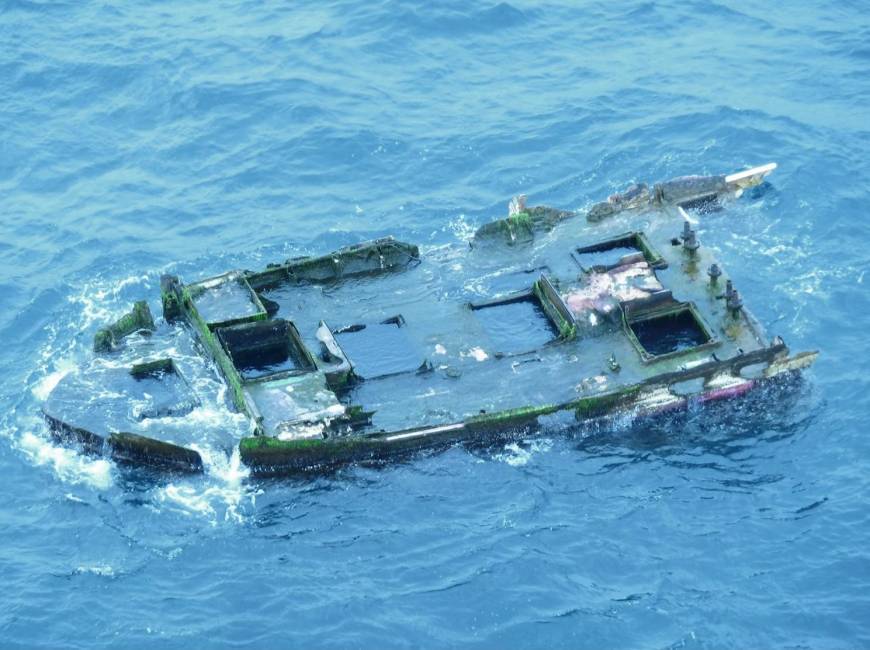 LOS ANGELES – Fish have been found alive in the wreck of damaged Japanese fishing boat off Oregon that was apparently washed away by the March 2011 tsunami that wrecked the Pacific coast of Tohoku.

After drifting about 8,000 km (about 5,000 miles) in the four years since the Great East Japan Earthquake spawned the deadly tsunami, the heavily damaged fishing boat was spotted last Thursday off the U.S. West Coast.

Inside, some 20 yellowtail amberjacks and one striped beakfish, both normally found in waters off Japan, were found alive in a holding tank installed in the boat, according to the Oregon Parks and Recreation Department.

The drifting wreck, which measured about 9 meters (29 feet) long, appears to be part of a 15-meter fishing boat, the department said.

While the debris will be disposed of, a local aquarium will provide a home for the fish, the department said.